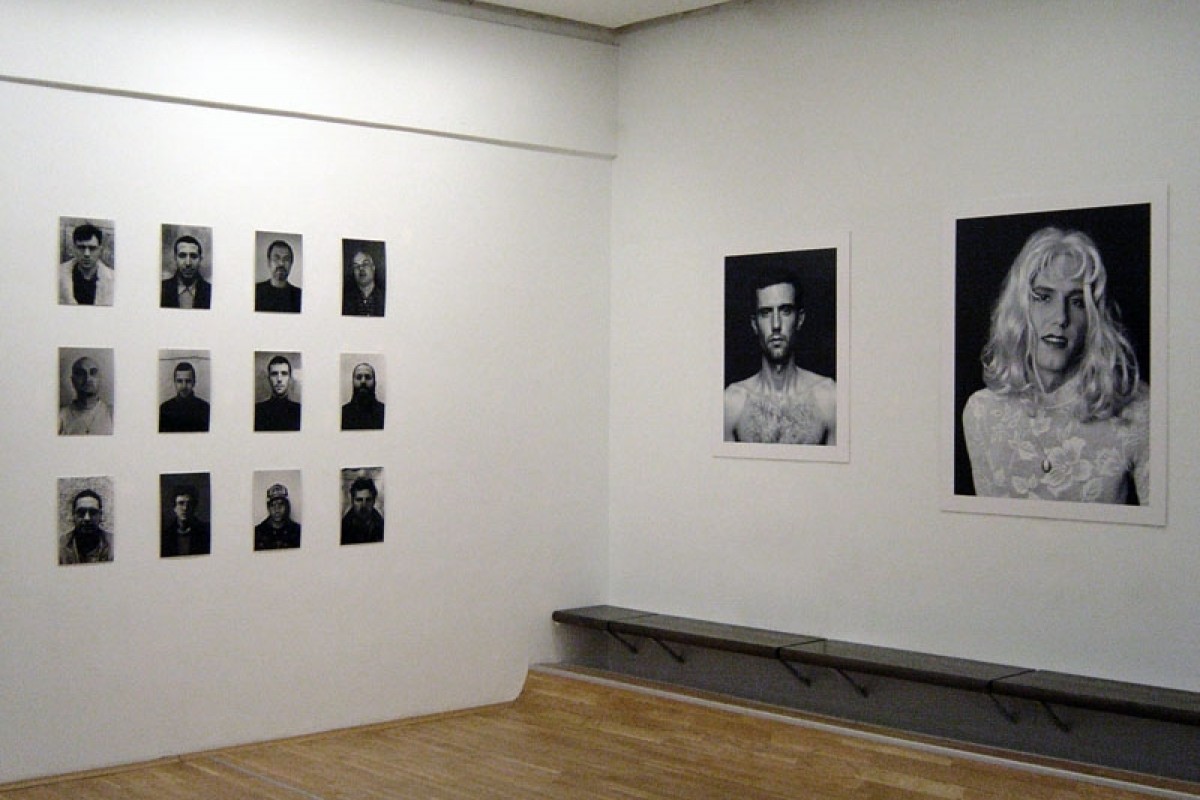 The work investigated transvestisum as a social and artistic problem that did not yet exist in the local context. It consisted of “eye-to-eye” photo-portraits of the artist’s male colleagues and self-portraits in various embodiments (drags). There was Him – as part of male professional community; Him – stripped down as an “ordinary” man; Him – as “the other” made-up in female make-up and a Blondie’s wig. The male portraits build-up the tone of perfect objectivity suitable for “Who’s Who” in the Bulgarian contemporary art scene at that time. The visual obsessiveness of the work lures the gaze towards the “retouched” image-insinuation that is not equal to the others in terms of meaning. It is outside of their dense ranks, it does not have the same type of existence as they do, it simply does not exist. The “wanted” personage in Kalin Serapionov’s work is a transvestite – an unclear and non-conventional figure for our cultural scene, the epitome of the most shocking concept of “otherness”.

Published in the catalogue In Search of Balkania 2002. Neue Galerie Graz