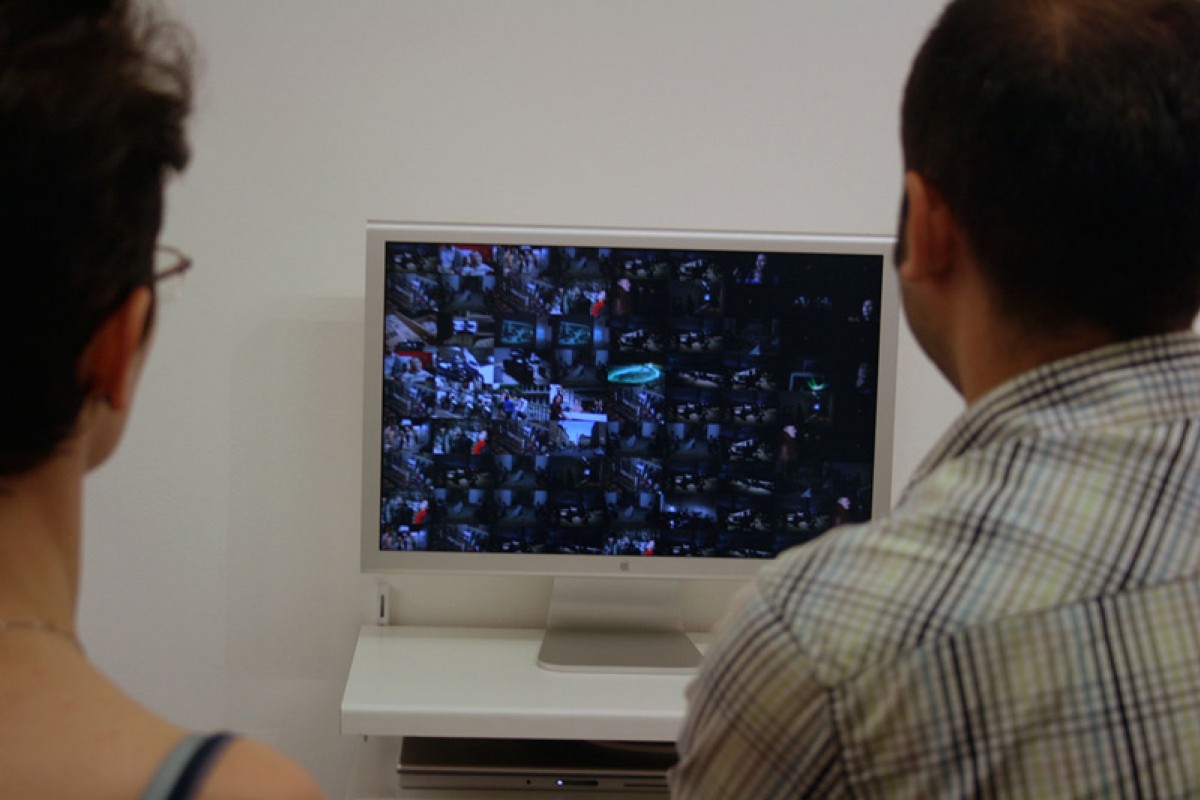 Cosmos is a screen saver from the Apple Mac OS X, which actually shows fluidly mutating animated images from various planets or their parts, constellations and so on. One of the ways to organize the display style of this Cosmos is called Mosaic. That is a visualization option, which uses the photographs available on one’s computer that are stored in the library of the image browser.

The display style is generating screen patterns in such a way that the images are building up the surface, the relief and the body of cosmic objects. The images are arranged in a certain way to look like enlarged pixels next to each other; depending on the colours and the light in each photograph a particular shape is forming on the screen. This shape remains well recognizable compared to its source. The result is something like a computer generated (CGI) compilation of memories, events, sights, people and all that is available in the photographic archive of the user. All of this happens totally randomly without any interference. It may happen that the photographs I have recently taken in Dubai, for instance, are giving shape to the North Pole; or that the visual documentation from my show in Bologna a year ago is being combined with photographs from the New Years' fun in the village of Mlechevo while forming some kind of a constellation; or photographs from the museum of Ducati become craters on the surface of the Moon while the Easter eggs and the tulips from my mother's garden become a meteorite.

This kind of thing seems to be quite naïve and even absurd. However, it makes you dream – the boundless expanse, the beautiful and strange views transform your computer screen into a cosmic space even though it is fake. It is fascinating how a part of your private space composed of digital images-mementos can "push" you into some infinite world with a simple click. This is a reflection on the meaning of total observation and life experiences – how far do utopias go; are they still within our consciousness as science fiction or do generated images replace them already? Can these dreams be "tested" on a computer? The slightest touch of the mouse immediately ruins this simulated cosmos of yours while bringing the "sleeping" computer back into a working mode…

Installation views After the Flight, ICA Gallery, Sofia, May 2011