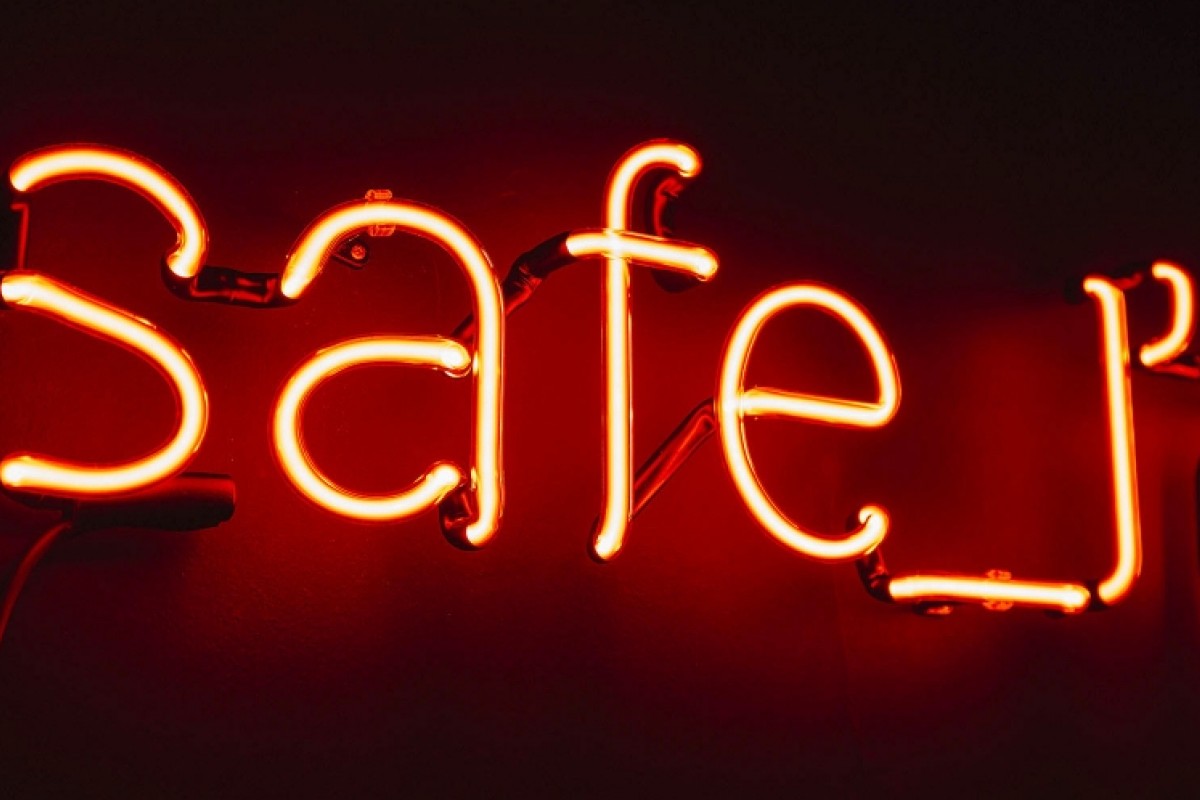 The phrase was "borrowed" from the postings in the social networks. It appeared after the recent terrorist acts and has unfortunately become an ever more often used status line.

In the context of Facebook to be "safe" sounds comforting and somehow self-satisfactory. Outside though there appears another nuance – it is as if we are publically saying to ourselves that we are (kind of, thank God…) ok in the physical space.

That is where there emerges a kind of a discourse between the meanings of the status in the social network versus in the physical space. In Facebook it is personal while in the physical space the viewer is anonymous. In this way we can analyze the reception within the change of context. That is not simply a physical registrar of people but a specific kind of stating materiality and existence.