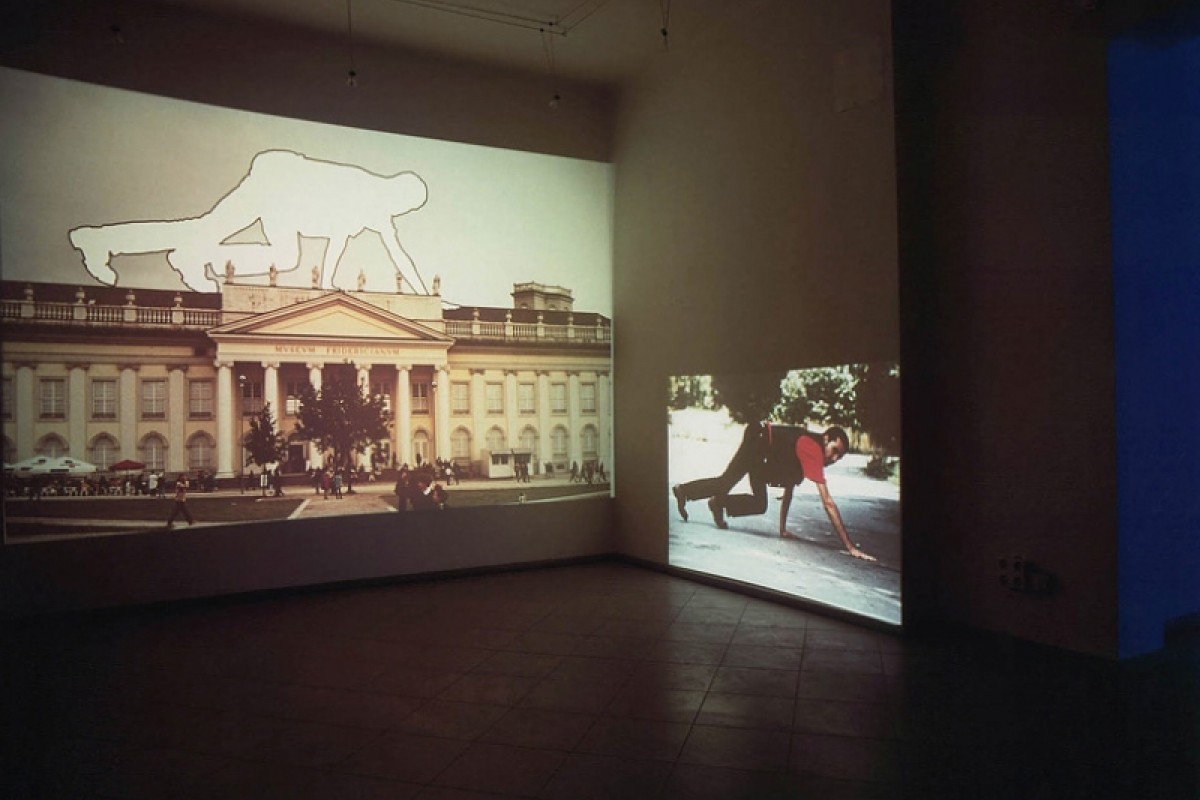 The white silhouette of my own figure climbs the facades, lays there elegantly, sit in comfortable positions in front of a building or just stands on top of it as a conqueror. The names of a well known art institutions, their “shiny” and well kept up facades interpreted as signs of success within the contemporary art scene, are defining the space of the “THERE” metaphor. My figure is always situated “around”, with the clearly stated attempt to get “in” through the visual touching, sliding and approaching but never intervening “into” the symbolic spaces. The problems of our concrete existence HERE distinguish the idea of the life of contemporary art as a distinct form of life, an aspect, which is reflected by the work.

The project is realized in two versions: the initial one is photo collages, 14 b/w printed copies, 70x90 cm each; the second version is slide projection, 14 color slides displayed simultaneously two by two, with duration of 5 sec each.ю